What would you do if you suddenly found yourself immobile?

6 years ago, Isabel Van De Keere, a biomedical engineer, found herself in that very situation. Due to an unfortunate workplace accident, she soon realized that the rehabilitation road to recovery was long. And the very same exercises meant to strengthen her motor functions were at best boring and repetitive. And at the worst, they were frustrating and un-motivating. She found herself disconnecting from the whole healing process.

As she began her slow healing process, she knew there was a better way: Virtual Reality (VR).

I asked Isabel why she felt VR had the power to help these patients beyond traditional standard of care. She remembered the excitement of experiencing her first VR game – a boxing game in the early 90s. She marveled how she felt completely present in the environment. And even though she was “boxing”, she didn’t feel like it was a workout. It was a visual trick that was easy and fun.

So after her own struggle with rehabilitation, she knew VR could better engage patients by tricking the brain through visual stimulation.

Fast forward to September 2016, when she launched Immersive Rehab. She had one goal in mind: engage and motivate rehabilitation patients. Immersive Rehab does this with their VR platform that gamifies rehabilitation exercises. These games are not only challenging, they stimulate the brain to reconnect essential nerve processes.

She had the idea. And soon after she was able to design out the game scenarios. Not a game development expert herself, she partnered with a VR developer to produce the first prototype within about 15 days. She says the key to success is a lot of back and forth conversation. He would build part of it, and she would immediately test it. It was a very iterative experimentation.

As you may know, motion sickness is an unfortunate side effect of some VR experiences. Thanks to her injuries from six years ago, she has a heighten sense of this. It came in handy when evaluating the game. So if the experience made her sick, she sent it back to the drawing board!

The impossible is made possible with VR

The beauty of VR is that you can make the impossible possible. Isabel talked about the struggle that stroke and spinal cord injury patients have with upper limb rehabilitation. It’s not so much the movement, but also the physical demand of lifting something heavy that can impede the process. The result is patients who are disheartened when they seem to be progressing so slow.

Immersive Rehab changes all that. Thanks to the vibration haptics in the HTC Vive controllers, patients feel like they are picking up large objects. Objects that are larger than they could pick up in real life. This visual trick not only motivates, but helps to more rapidly rewire the brain.

The Immersive Rehab VR platform is in trials in several hospitals in the UK. Isabel is hopeful for funding that will allow for a more robust trial to really compare outcomes in VR vs traditional rehabilitation. But while Immersive Rehab works on quantifying results, you don’t have to go far for personal validation. She told me of a stroke patient who came into the session very grumpy. As he started in the VR experience, he became engaged. At the end he couldn’t wait to do it again, asking “When will it be available?”.

Isabel sees a strong future for VR in healthcare. She has seen patients using the VR platform feeling more empowered and happy. This mindset coupled with the desire to actively participate in their therapy will ultimately lead to healthier patients. VR is an effective way to reduce the mental burden of rehabilitation.

We are just scratching the surface. Everyone is experimenting with content that can impact patient care. I see tremendous power in empathy, trauma and education. 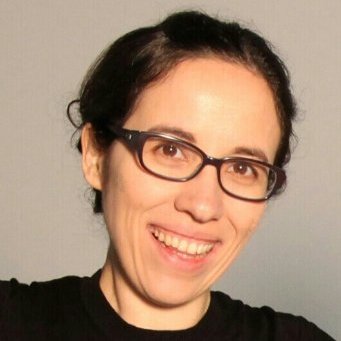 People like Isabel and companies like Immersive Rehab will move VR forward in health. I continue to be inspired and motivated by the people that leave their jobs, careers and put it all on the line to start new projects that change lives.