The Guardian is well-known as one of the most popular news sources in the United Kingdom and on the Internet, and it is already a player in the virtual reality space.

Using cutting-edge virtual reality technology, First Impressions is a unique first-person window into how newborn babies see the world during their first six months of life.

The First Impressions virtual reality experience was created using the latest academic research about newborn health. It allows users to visually experience what a newborn sees during those early months. In the early stages, only muted colors can be seen, before the world is colored in more and more as a baby grows. Reds and greens come first, followed by yellows and blues. The virtual reality experience allows you to be a growing newborn.  Over time, your depth of focus becomes sharper, and the room around you morphs into a three-dimensional space. Parents, other kids, objects in the room and a dog also become visible. 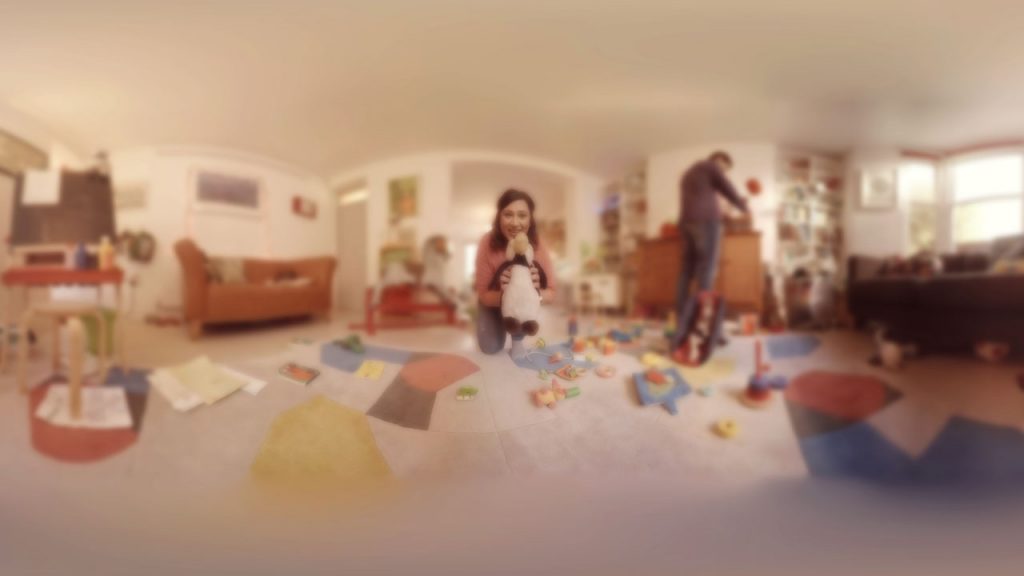 There’s another component to First Impressions beyond just the visual cues experienced by you, as the baby. The virtual reality experience also serves to highlight the importance of social interactions and the harm done by negligence on babies at this stage of development. Charles Nelson, a professor of pediatrics at Harvard, speaks up during the simulation and guides users through it, telling them how the brain develops and
what can impact this development. Social functions are also touched on, and the deprivation of responsive care and social interaction are talked about as well.

First Impressions was created by the Guardian’s in-house VR team. It’s one component of a series of virtual reality films the Guardian is launching on Google’s Daydream.

The Guardian’s other virtual reality offerings include Songbird (a simulation that takes users back in time to hear the song of a near-extinct bird), Celestial Motion (a virtual dance experience inspired by solar physics), Wilderness (a journey through Patagonia, a region at the southernmost tip of South America that is shared by the countries of Argentina and Chile, and that has wilderness that often finds itself under threat), Crime Scene (a virtual experience depicting a forensic investigation), and more.

The Guardian’s virtual reality offerings are free and available on both iPhone and Android.