Most traditional virtual reality systems are based at least partially around what the user can see with his or her eyes.

This makes VR accessible to most users, but it excludes those with visual impairments. If a person cannot see in the real world, then he or she cannot see the visuals presented through a VR headset.A new experimental product from Microsoft, however, aims to make VR more accessible to people with visual impairments. It’s called the Canetroller, and it essentially takes the concept of a white cane and applies it to the world of VR. 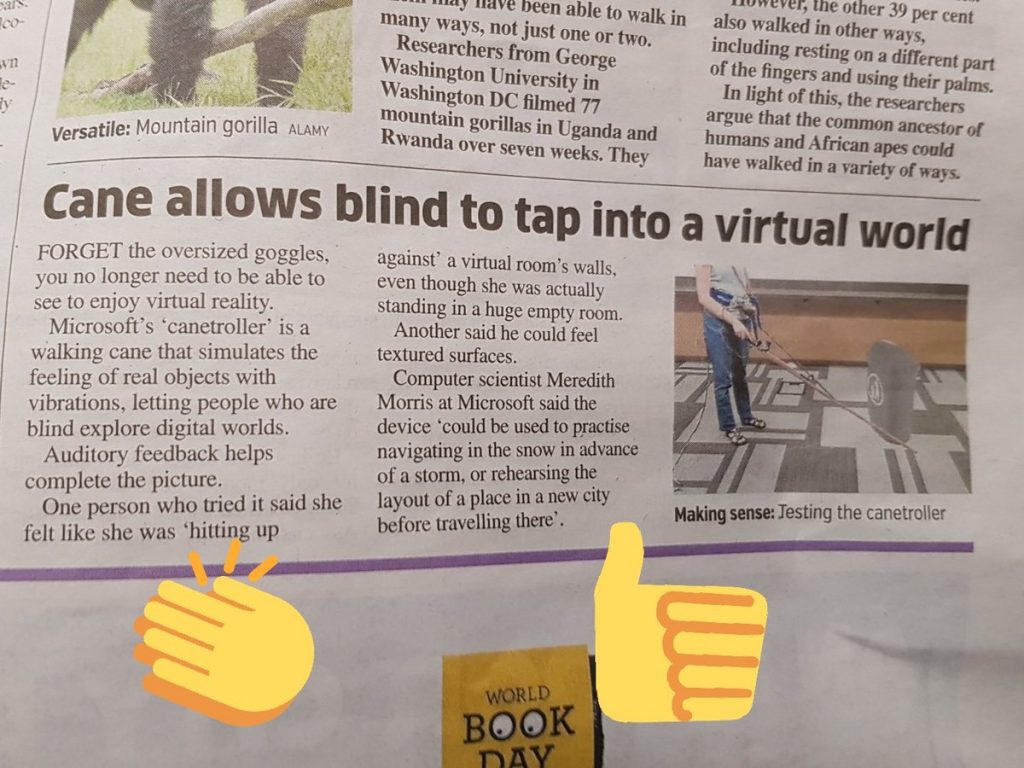 The Canetroller is a haptic cane controller that functions just like a real white cane, except its functions are based around a virtual world. It uses haptic and audio feedback to simulate this world to the user. 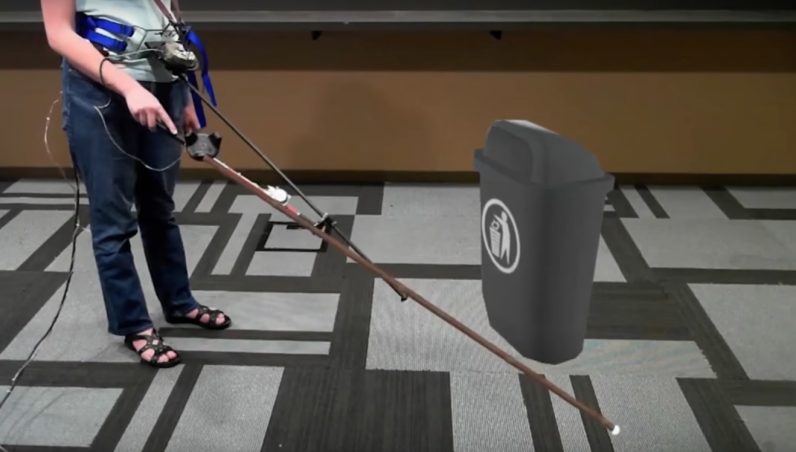 This is accomplished via a few different methods working simultaneously. A blind or visually impaired person’s knowledge of a white cane is the first component. The white cane controller works with an HTC Vive VR headset, which doesn’t actually provide any visual feedback to the user. Instead, the Vive is used to track the user’s head movements and to provide 3D spatial audio through headphones connected to it.

When a user holds the Canetroller and navigates a space with it, the braking mechanism stops the horizontal movement of the cane, as the two components are connected via the slider. The voice coil vibrates the cane, just as a real cane would if it made contact with an object. The Vive tracker helps the VR system keep track of where the virtual cane is at all times. 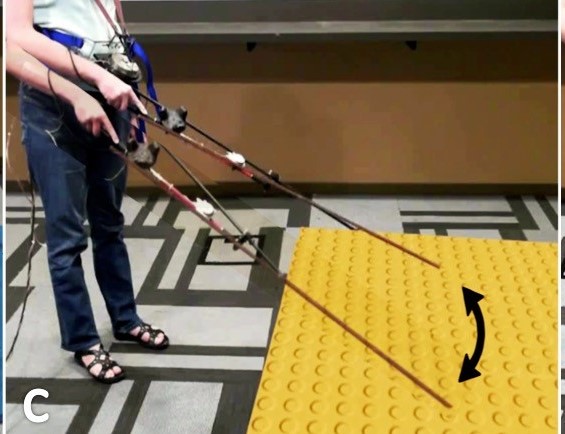 The Vive provides audio feedback to the user that can be customized depending on the virtual object the Canetroller is making contact with. The voice coil is versatile enough to vibrate differently depending on the kind of contact being made with an object and even the texture of that object. This allows users to make use of common white cane techniques such as shorelining and constant contact as accurately as possible with the Canetroller.

There are a variety of applications made possible by the Canetroller, including entertainment and mobility training. 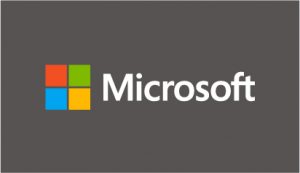